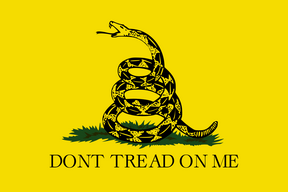 During the recent past I have been made aware of High-Tech companies, such as Facebook, Goggle, Twitter, etc. being more and more aggressive with censoring user content posted on their platforms. They seem to have taken it upon themselves to police their platforms beyond reasonable levels of accepting unpopular points of view and minority opinions. They claim to have some special knowledge of what are proper "NORMS" on the Internet. I, for one, reject their claim to specific official knowledge!

Congress shall make no law respecting an establishment of religion, or prohibiting the free exercise thereof; or abridging the freedom of speech, or of the press; or the right of the people peaceably to assemble, and to petition the government for a redress of grievances.

Since drafted over two hundred (200) years ago, many reasonable arguments on the meaning of the First Amendment about religion, free speech and assembly were voiced and written. I do not claim the definitive judgement of what is proper and what is not proper! I suggest you seek your own understanding. I arrived at my understanding of what the Constitution authors meant through multiple sources, both oral and written. I invite you to do the same.

I welcome you to view My Brief Analysis and use the links I provide at the bottom of this document to explore your own understanding. You will quickly learn there is no shortage of web sites to visit and hard-edged arguments to read. Please spend some time on the web sites that present a balanced point of view. Also, use a search engine to find your own sites. CAUTION: Be suspicious of any sites the search engine recommends! Use the Bill of Rights—Amendment I and your personal judgement of right and wrong!

Facebook has taken the role of policing "political lies" and removing them from the user's site. Twitter decides which user account to block using their own criteria of what is acceptable. Goggle removes videos they deem unacceptable.

These actions are acceptable when they fall within the United States Constitution definition of "acceptable" freedom. But read their web site user policies. They claim the right to do as they please!

The most stringent protection of free speech would not protect a man in falsely shouting fire in a theatre and causing a panic.—Oliver Wendell Holmes, Jr., unanimous Supreme Court opinion, Schenck v. United States, (1919).

"You can't yell 'fire' in a crowded theater", is the most often used misquoted phrase on this point of view. This case before the court was not about yelling fire. Justice Holmes used the phrase to illistrate speech about resisting the government draft during WWI not covered by the First Ammendment. The opinion's most famous and most often quoted passage was this:

The most stringent protection of free speech would not protect a man in falsely shouting fire in a theatre and causing a panic. ... The question in every case is whether the words used are used in such circumstances and are of such a nature as to create a clear and present danger that they will bring about the substantive evils that Congress has a right to prevent. It is a question of proximity and degree (emphasis mine).

The court held the speech to be extreme as to create a clear and present danger. The phrase "shouting fire in a crowded theater" has since become a popular metaphor for dangers or limitations of free speech. The words themselves are not the problem; the resulting action caused by the words used must NOT break any legimate ordinance or law.

In Brandenburg v. Ohio, (1969), the Supreme Court established that speech advocating illegal conduct is protected under the First Amendment unless the speech is likely to incite "imminent lawless action." In effect this overturned Schenck v. United States, (1919).

Things to Consider on Speech

While weighing the significance of what can be leagally said, consider the following queries.

What Separation of Church and State? The establishment clause is not a prohibition on religion. It specifically prohibits congress from making law to identify a particular religion as the official, state religion. How does this clause separate the church and the state?

The establishment of religion clause of the First Amendment means at least this: Neither a state nor the Federal Government can set up a church. Neither can pass laws which aid one religion, aid all religions, or prefer one religion over another. Neither can force nor influence a person to go to or to remain away from church against his will or force him to profess a belief or disbelief in any religion.—Hugo Black, Majority opinion, Everson v Board of Education (1947)

Everything US Supreme Court Justice Black put forth in the previous quote seems reasonable and appropriate for a society wanting freedom of and from religion. Is there any inconsistency with his quote and what anyone can think was the intent of the Bill of Rights? I think not! I believe our society is correctly focused on free choice of religion, speech, writing and any activity of expression in the public domain.

In the words of Jefferson, the clause against establishment of religion by law was intended to erect a wall of separation between church and state. —Hugo Black, Everson v Board of Education (1947)

The five (5) simple words, separation between church and state, in the preceding quote from Thomas Jefferson have been used for decades by numerous activists to promote their agenda.

These five (5) simple words, synergism among church and state, are rooted in thought from another of our founding fathers, John Adams. He points out a different indubitable characteristic of church and state.

We have no government armed with power capable of contending with human passions unbridled by morality and religion. Avarice, ambition, revenge or gallantry would break the strongest cords of our Constitution as a whale goes through a net. Our Constitution is designed only for a moral and religious people. It is wholly inadequate for any other. —John Adams, The Works of John Adams, Second President of the United States, Charles Francis Adams, editor (Boston: Little, Brown, and Co. 1854), Vol. IX, p. 229, October 11, 1798.

Things to Consider on Religion

While weighing the significance of this wall of seperation, consider the following queries.

The assembly of minority or unpopular groups can stress the common good of a community. The state can require a permit or license before an assembly can take place. If the common good is not abused, you can assemble at any time on any public property for any purpose you want.

Civil liberties, as guaranteed by the Constitution, imply the existence of an organized society maintaining public order without which liberty itself would be lost in the excesses of unrestrained abuses. The authority of a municipality to impose regulations in order to assure the safety and convenience of the people in the use of public highways has never been regarded as inconsistent with civil liberties, but, rather, as one of the means of safeguarding the good order upon which they ultimately depend.—Chief Justice Charles Evans Hughes, Majority opinion, Cox v. New Hampshire (1941)

In Cox v. New Hampshire, a large group of Jehovah's Witnesses conducted an informational march in July of 1939. While the group had planned their march in advance, they did not seek a permit for the march. As a result, police arrested 68 of the marchers, who ultimately received convictions of violating their state's statute requiring a permit to accompany any parade or procession.

Five of the 68 members appealed their convictions, arguing that the statute violated their First Amendment rights to, among other things, assemble peaceably. I agree with SCOTUS that the state had an interest in regulating the usage of its own streets to protect the safety of its citizens. The statute did not hinder anyone's religious or political views, only that it granted or denied permits on how and when to properly use its streets.

The state has the right to place restrictions on the time, place, and manner of peaceful assemblies.

Things to Consider on Assembly

While weighing the significance of preventing assembly, consider the following queries.

Ponder the preceding and other facets of the issue while using the following links. There is no particular order or intentional bias to the links in my list. Feel free to comment via e-mail.